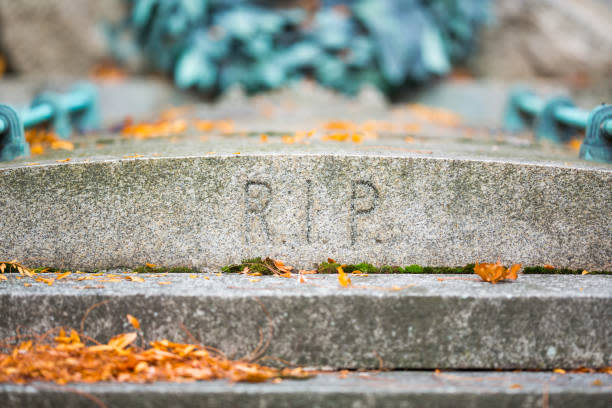 How To Write A Great Obituary | GoodTrust 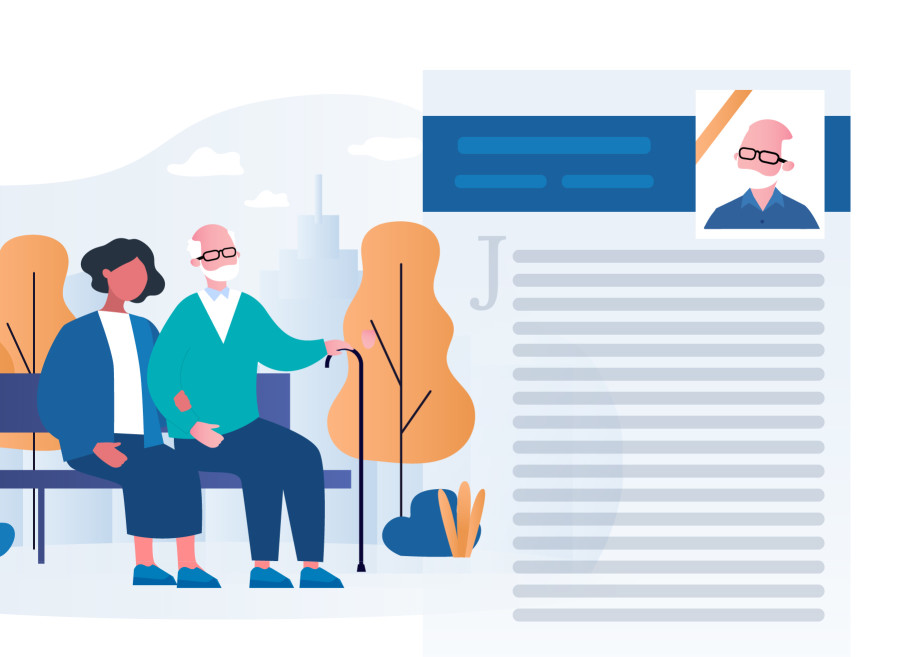 The time between a death and a funeral is often two to four weeks, particularly if the funeral will include an open casket. Therefore, writing the obituary often needs to happen quickly while the grief is still very fresh.

Thankfully, there's a traditionally accepted formula used for obituaries that may help.

This article explores how to write and submit an obituary, provides some examples of famous (and infamous) obits to inspire you, and provides details about how an online legacy service may be able to help.

Prepare to Write the Obituary

Unless the deceased chose to write their obituary, which happens occasionally, you need to do some legwork before getting started.

Legally, no specific person needs to write the obituary, nor is someone required to write it alone. Unless the deceased specified who they want writing it, this task can be given to a person or group who knew the person well enough to write a fantastic obituary.

Reach Out to Friends and Family

Reaching out to close friends and family can help inform what goes into the obituary.

Ask them to share memorable stories and photos from your loved one’s life. (This is also a good time to start getting people involved in the funeral planning.)

You can ask them to provide or verify information about the decedent’s:

Choose Where to Publish

Before writing up the obituary, figure out where you want to publish, what information you want to be shared in each (e.g., do you want funeral details in one but not another?), and how to meet the individual publications' requirements.

Some common places to publish obituaries are:

There may be other options based on your loved one's unique circumstances.

How to Write and Submit an Obituary in 8 Steps 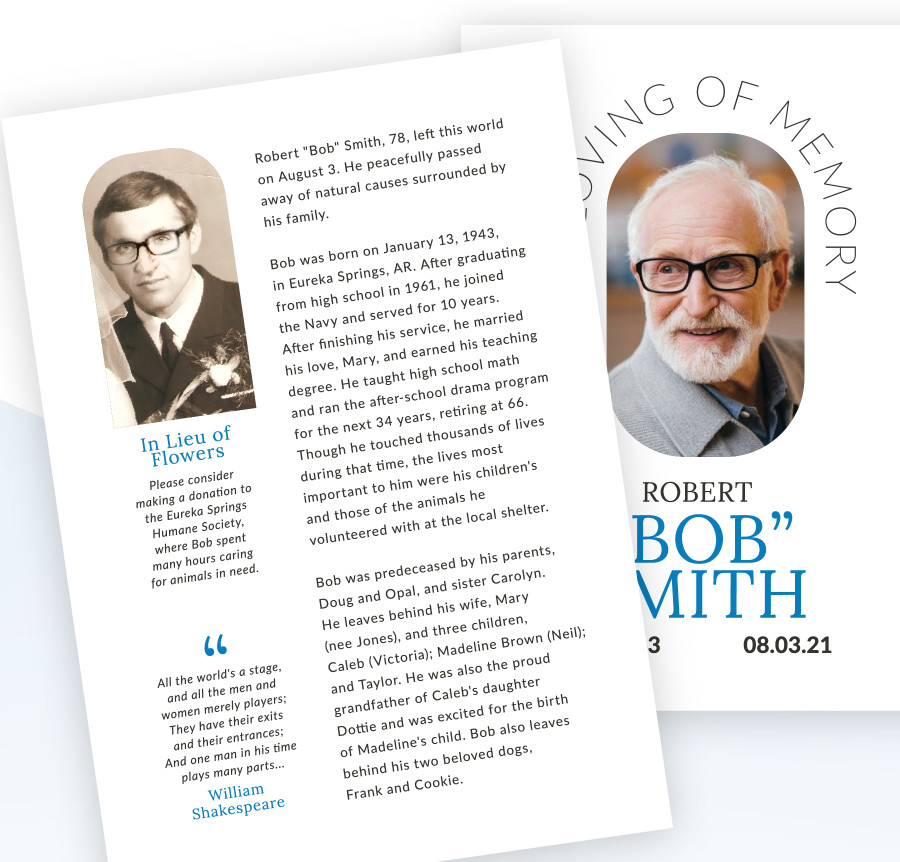 When writing an obituary, there is a set of steps people typically follow. Below, we'll detail each step and provide examples of what those steps look like using an imaginary person named "Bob Smith."

For our purposes, "Bob Smith" was a 78-year-old man who was in the Navy, went on to become a teacher, had a wife and three children, and passed away from natural causes. These basics of "Bob" guide the writing, but our examples will give him some personality that can't be shown with just this kind of demographic information.

So, some of these options may seem a bit "out of the box." But, remember: This is all about how that person would want to be memorialized.

Obituaries usually begin with an announcement of the person's death. It can include any combination of date, age, cause, location, and names/nicknames of the deceased. A few examples could be:

Some people opt to mix this section with the next part.

Next, people usually include significant achievements and milestones of the person they loved. This section is open to interpretation and can include:

There is no such thing as a "boring life," and anything you or they would be proud of can go in this section.

For Bob’s obituary, we could write:

After going through the interests and milestones of the person, their family is traditionally mentioned. Close friends and pets may also be included, depending on the person.

Family members who have already passed are often mentioned with phrases like "preceded in death" or "the late”. In addition, spouses' former last names are often in parentheses, as are children's spouses' first names.

As mentioned, Bob was married with three children. His obituary could read:

Including funeral or reception information is optional depending on whether you want this open to the public. However, if you do, be sure to include any details someone may need. This can include:

If no service will be held or the service will not be open to the public, you can state that or leave the information out entirely. If the memorial will be held at a later date, say that. A few ways to phrase things include:

5. Tell People What to Send

People often want to do something, anything, to help out in a time of grief. When writing the obituary, be specific about what people can do to honor your loved one and help out the family.

Frequently, you'll see the phrase "In lieu of flowers…" as flowers are a traditional gift to send to the loved one's family. Instead of flowers, people often ask for:

Obituaries almost always have at least one photo at the top. The photos can be serious or goofy, professional or unprofessional, current or from years ago.

Be sure they're something that person would want to be included and shows them in a good light.  This doesn't mean it has to be a formal photo but one that shows off their personality and makes them look great, even if they're making a silly face.

The photos almost always only have the person alone. However, some may be with a loved one, such as a photo from their wedding day. The latter is especially true if family members died together or in short order.

If you struggle to find a photo that meets all these requirements, see if you can get help from a friend adept in photo editing to make a great photo even better.

A few examples for Bob could be:

A formal, smiling photo showing a gentle side of him 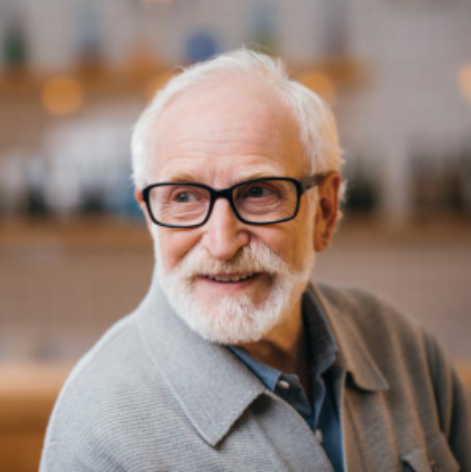 A serious, dramatic photo, showing his more intellectual side 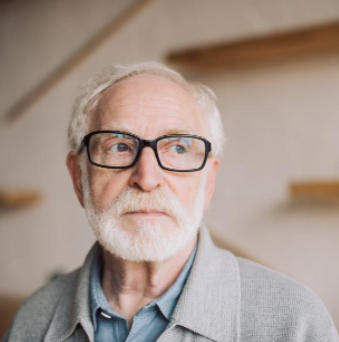 Even a silly photo showing his enjoyment of pizza and beer 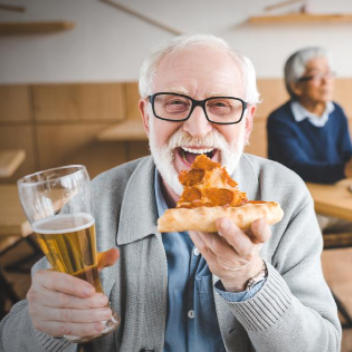 You can also choose a photo from your loved one's younger days. This could be something like a photo of them in their military uniform, dressed for a special event, or a casual photo they always loved. 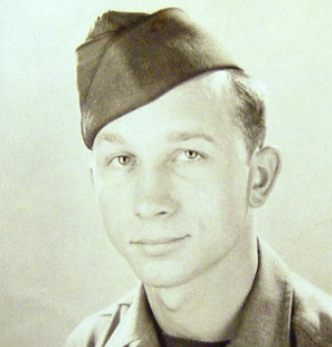 While many obituaries end on the funeral or donation information, some choose to end with a favorite memory, quote, or summation of the person's life.

Since he was a drama teacher for most of his life, we might end Bob’s obituary with:

All the world's a stage, and all the men and women merely players; They have their exits and their entrances; And one man in his time plays many parts...

Each place you plan to submit an obituary to has its own requirements.

Newspapers and online publications will likely have the requirements posted on their website. However, you may need to reach out directly when it comes to community or industry publications.

In most cases, print and online publishers ask for a digital version of the obituary. This could mean emailing them the obituary or mailing them a USB drive with the piece.

Before you submit the obituary, be sure to thoroughly proofread it and ask someone else to do the same. Additionally, ask if you can see the obituary before it’s published to verify everything looks like it should.

If you need inspiration, you can look in your local newspapers or at obituary websites like Legacy.com. However, here are a few obituaries of famous people—or those who became famous because of their viral obituaries—to get you started:

Memorialize and Protect Your Loved One

Writing an obituary can be an emotional and cathartic experience. But remembering your loved one doesn’t have to stop once the final draft has been published.

With GoodTrust, you can help ensure the safety of your loved one's digital afterlife and create unique ways to memorialize them. Animate a photo of your loved one for use on their memorial page or to share with friends and family online. If there’s still time, have your loved one create future messages to send to those they love on a specified date.

Memories, obituaries, and things passed down in their will aren't the only things a loved one leaves behind when they die. They also leave behind an extensive digital afterlife that needs to be memorialized and protected.

Even at our free level, you can take care of a good deal of you or your loved one's digital assets, estate planning, and last goodbyes.