Imagine if tracing the roots of your ancestors meant not only putting together a family tree but also generating avatars of their likenesses that could channel the wisdom and experiences from their lives. What about layering in an Internet of Things aspect such that you could communicate with a photo or family heirloom and hear the stories tied to it from your ancestors? What if they could help you in the present through the wisdom gained from their experiences, even after they die?

During a recent interview on Neil Singh's podcast, GoodTrust CEO and founder, Rikard Steiber, explained that a combination of data, artificial intelligence, natural-language processing and interactive technologies can now re-imagine what it means to interact with a loved one who has passed away.

"So even after grandma dies, you can have an interaction with her where she can tell you those stories that when she was alive maybe you didn't want to hear because she had told you a thousand times," Steiber said. "But now maybe your kids can meet grandma and you can kind of explain who she was. And she can share some memories from beyond the grave, for sure. Absolutely."

(To watch the complete interview with Neil Singh and Rikard Steiber that includes tips on estate planning, online wills, and how to get started be sure to visit our YouTube channel and please subscribe: https://www.youtube.com/watch?v=ELH2Hiavoac.)

Learning from the past

In 2018, there were seven billion IoT devices, everything from lightbulbs to refrigerators to connected cars. By 2019, that number soared to 26.7 billion devices, and it’s steadily climbing. By feeding into an algorithm, we could resurrect anyone with the right amount of data and allow them to interact with future generations. 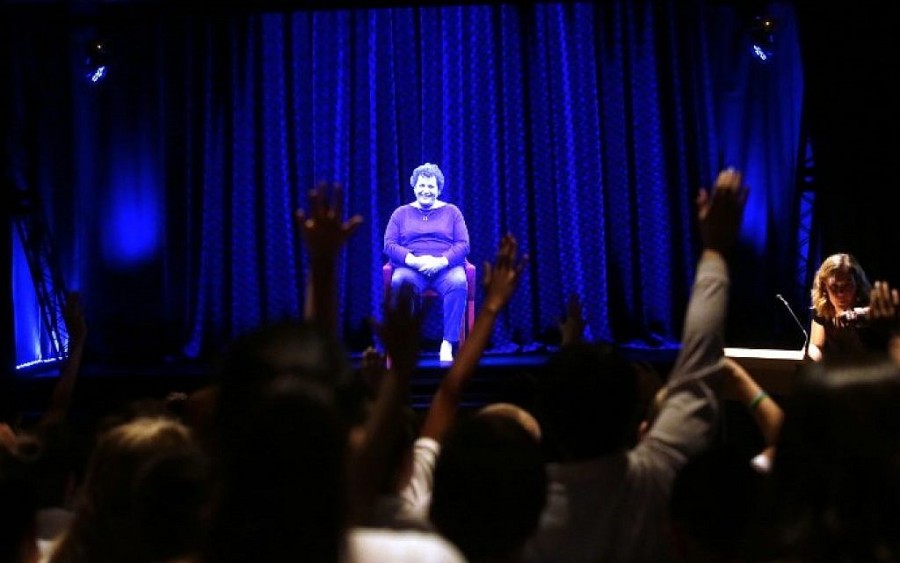 The example of holographic performances from the likes of Prince at the Super Bowl in 2018 are one instance; in recent years, other groups have taken on more socially minded applications like the ability to converse through augmented reality (AR) with holocaust survivors at the Illinois Holocaust Museum and Education Center. The organizers at the museum interviewed more than twenty holocaust survivors and then allowed anyone in the museum to ask their own questions to the hologrammic version. The more questions their database was able to sort, organize, and learn from, the better it could tether the right answer from the survivor.

Bringing loved ones back to life

The company behind this effort, StoryFile, is already offering anyone the chance to preserve their legacy with some amount of control. The process involves sitting down in front of a special camera setup to record answers to a series of questions about values, life lessons, personal struggles, morals, decisions, and more to inform a profile of the person through AR/VR. How many of us wanted to sit our parents down in front of a camera and ask them a series of questions to save for their grandchildren? It’s like a time capsule of their life—and more comprehensive than a cluster of social media posts, and richer than various photos and random videos. 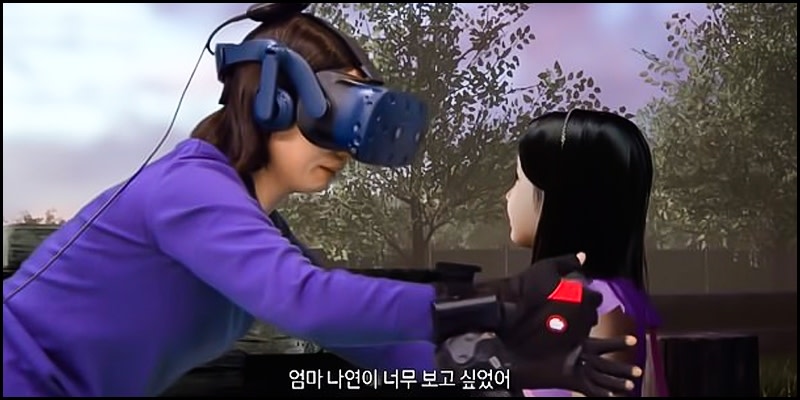 In 2019, a mother in South Korea was able to “see” her deceased daughter through a VR experience that combined AI, voice recognition, and 3D capture. The heart-wrenching moment was captured on video, thanks to a documentary called I Met You and broadcast to a huge audience across the country. The mother’s grief is clearly real and uncomfortable to watch, but she seems somewhat comforted by the experience to see her daughter “come back to life.”

Creepy or cool? You decide

In 2017, Toronto-based grief counselor and thanatologist (the study of death and its impact on others) Andrea Warnick told the website Quartz that the creation of chatbots that replicate a deceased loved one could play a role in not only simulating an interaction but facilitating important conversations within the network of the bereaved.

“In modern society, many people are hesitant to talk about someone who has died for fear of upsetting those who are grieving,” Warnick told Quartz, “so perhaps the importance of continuing to share stories and advice from someone who has died is something that we humans can learn from chatbots.”

How you feel about it all perhaps it depends on whether it’s your family or someone else’s—like in October 2020 when Kanye West gave a hologram to Kim Kardashian of her deceased father, Robert Kardashian. She loved it, but others weren’t entirely sold on the idea. The bottom line is that technology has created this challenge, so there are—and will be—novel ways for technology to be part of the solution. What we choose will be up to each of us. 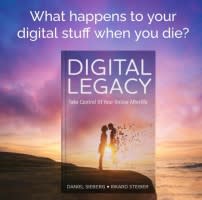 (Part of this article is taken from the book Digital Legacy: Take Control of Your Online Afterlife - for more including reviews and how to buy it visit https://mygoodtrust.com/book.)