5 Common Easter Traditions and How They Came To Be

Many traditions are formed around the holidays, which makes them so special. There is something nostalgic and comforting about practicing the same thing every year and knowing what to expect. If Easter came and went this year, without plastic eggs and chocolate bunnies, surely there would be some disappointment! Traditions bring meaning to our family celebrations and help foster relationships and bonds between us and those who are important to us.

Traditions at Easter range from chocolate bunnies and jelly beans to baskets and dyed eggs but did you ever stop to think about where these traditions come from? Each of us has a story and the same is true for every tradition we carry on.

Here are five of the most common Easter traditions, and the story of how they came to be. 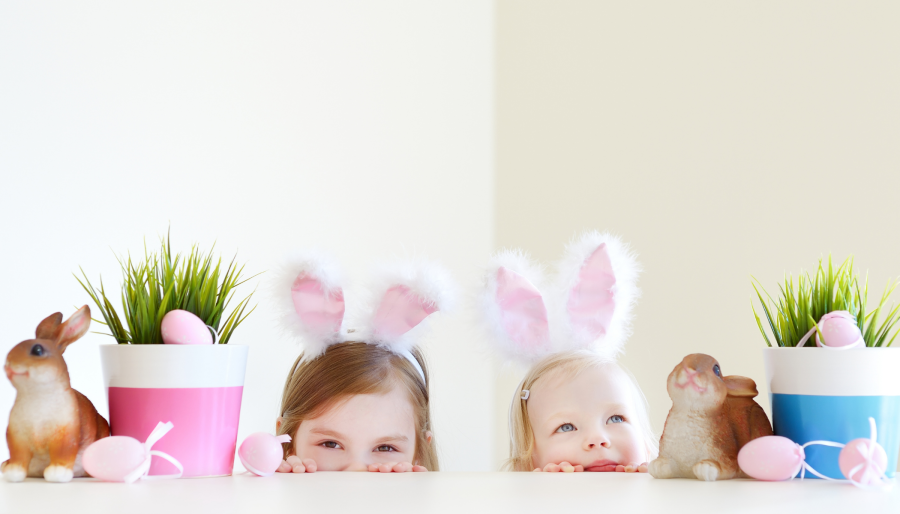 When thinking about it in reality, it may seem far-fetched but with a few details, it will begin to become clear. The idea of the Easter Bunny stems from pagan tradition, specifically the festival of Eostre—a goddess of fertility whose animal symbol was a bunny, according to Time. While some countries don't recognize the Easter Bunny as a symbol for this Catholic holiday, it is believed that the tradition began in the US in the 1700s with German immigrants who settled in Pennsylvania. If you look closely at an Easter basket, it closely resembles a bird's nest which seems to coincide with the eggs placed in the basket. However, while that would seem to be true, it is not actually the reason the Easter basket is used today. In ancient cultures Easter was known as the time between winter and spring, the change of the seasons and the transition from long, cold winters to sunny, summer days. During this time, many cultures prayed for a bountiful harvest of food and fertility. Eostre, the goddess of fertility was an icon who was described as carrying a woven basket in her arm. Hence the reason we use woven baskets with a handle, which also seems to work nicely for Easter egg hunts. 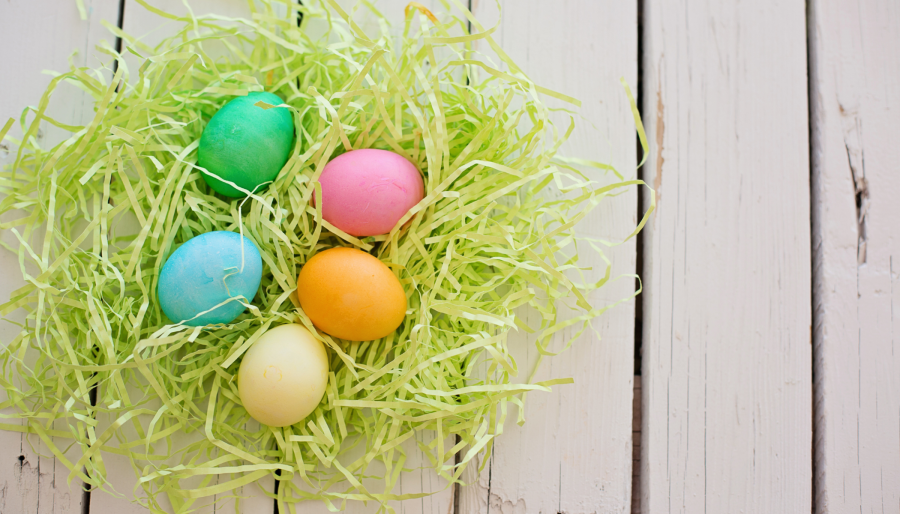 The origin of this tradition is widely unknown but there are many theories that are interesting to consider. One theory is that because eggs were forbidden during the Lenten season, some cultures would paint them and give them as gifts to be enjoyed at the Easter feast. This idea correlates well with the prayer for a bountiful harvest of food and fertility, since eggs are often a symbol of fertility. Another more religious theory stems from the 1800s when according to Huff Post, Eastern and Orthodox Catholic churches dyed eggs to represent the blood that Christ shed during his crucifixion. Yet even a third theory considers that King Edward I of England ordered hundreds of eggs to be painted in gold and given out as gifts to the royal household. Despite the differences in these theories, each one of them has an incredible story that has allowed the tradition of dying Easter eggs to stand the test of time. Have you ever bit into a chocolate bunny that you were eyeing up, just to be disappointed by the fact that it was hollow inside? Well, it turns out, there is actually a reason for this that is beneficial for you! Now that we understand where the bunny tradition came from, it makes perfect sense to mold a candy version of this symbol, but why not make it solid chocolate? According to Smithsonian magazine, Mark Schlott, vice-president of operations at R.M. Palmer in Reading, Pennsylvania, said "If you had a larger-size bunny and it was solid chocolate, it would be like a brick; you’d be breaking teeth". I suppose the added bonus is that it's better for our health in addition to our teeth, but I would also venture to say that making a chocolate bunny hollow means you can make them bigger. Either way, now that you know, maybe you won't be so disappointed when you bite into one. As Easter represents one of the most fundamental beliefs of the Christian religion, the resurrection of Jesus, it's no surprise that there is an important tradition to celebrate that sacred day. Many churches across America hold a service that starts just before sunrise to symbolize that Jesus no longer lay in the tomb. The specific timing of a service like this begins early in the morning so the attendants can watch the sunrise during the service.

While many holidays signify an important time in religious history, the traditions that go along with them can be fun, meaningful, and foster family bonding. According to Very Well Family, traditions are a great way to celebrate together while building relationships, creating a sense of identity, making great family memories and passing on important values. Here at GoodTrust we believe family matters first, above all, and we're here to support you by securing and passing on your favorite family memories using our digital vault.

The next time you are having a holiday dinner around the table, ask your family members about their favorite tradition and see if you can figure out where yours originated from!

Making memories alongside you,

For more information on how can secure your digital life and legacy, visit GoodTrust where you can store your important memories like photos and videos, or create your Estate Planning documents to make sure your family is taken care of.